Your needs, your timeline, your budget. Our team of experts is ready to assist you Worldwide.
Contact us for for more information.

The first thing you need to know —The Masters Golf Tournament is a cottage industry for a lot of folks in Augusta Georgia. It’s where southern hospitality meets sporting spectacle, and of course it’s golf’s hottest ticket. More than 200,000 people flock to Augusta each April to see the Masters Golf Tournament, doubling Augusta’s population for the week.

The meticulously tended golf course and aura of the Green Jacket given to the winner, may be the initial draw for the golf fan; but for anyone who’s attended the event, it’s much bigger than that. Augusta National golf course from its quirky rules and secretive club membership has an aura all its own, and the Masters is largely seen as the finest tournament in professional golf.

Patrons as they’re referred to, nothing so gauche as ‘golf fan’ here, are treated to tremendous sight lines and storied holes and sections of the course, such as Amen Corner, Rae’s Creek and the Eisenhower Tree; just some of the course features that every true golf fan knows. The course itself is somewhere beyond the realm of meticulous. The groundskeepers passion for perfection is evident; it’s rumored they even have frozen the azaleas at various times to keep them from blooming too early. But more than anything it’s the professional golfers themselves that add to the course’s mystique. It’s the one tournament that they’re all just dying win; to become part of that select club, to wear the green jacket. No career can be considered complete without one.

The tickets themselves from Augusta National are quite cheap, $75 per ticket for a practice round, and $115 for tournament play, and are only available through a lottery system, by applying on Augusta National’s official website. But they’re very hard to get. There’s a dearth of rules and regulations that must be followed to even apply to be in the lottery. And with many things at Augusta National, the number of entrants remains a mystery as does the number of tickets given out. As of February 7th —they are accepting lottery applications for the 2019 tournament.

So the secondary market ticket pricing for golf’s version of ‘Field of Dreams’ — it’s going to cost you. As per Stub Hub source, two tickets for practice rounds and tournament will set you back a cool $12,500 USD, and as of Groundhog Day, February 2nd they had 15 tickets left. Local Augusta hospitality packages and tickets can be cheaper, but sell-out quickly. Magnolia Manor’s Master’s ticket pricing for the Sunday final is $1925 USD per ticket. Prior planning is an absolute must for your golf bucket list trip.

The Masters itself works like a well-oiled machine: volunteers (more than 700 for the week) and Augusta employees are virtually everywhere to help you along. So much so that your trip to the mens room will be efficiently moved along with the question: “Squatter or shaker?” The concessions at Augusta National are also memorable as everything is priced thirty-years-behind the times; from the famous Masters Pimento cheese sandwich to a $0.50 pink lemonade or a $3.00 beer. Not quite enough to make up for secondary ticket prices, but a nice treat nonetheless.

Outside of Augusta National Golf Club, and yes there is more than a little something outside: The city of Augusta is scenic and vibrant and a far cry from anything of the antebellum south of yesteryear. It’s a thoroughly modern city with a rich culinary scene and lively nightlife. Located near the South Carolina border, and the banks of the Savannah River, it’s also the birthplace of the Godfather of soul, the late-James Brown —the place just has to be hip. From cruises down the Augusta canal to the serene river walk; to museums and galleries Augusta is much more than home to golf’s most storied course.

Plan your getaway to golf’s greatest show and enjoy all that Augusta, Georgia has to offer. Book your group tour now with Worldwide Charter International, and cross the Masters Tournament off your bucket list.

How WCG Can Help

From start to finish, we’re at your disposal. Personalized service. 24/7.

First and foremost – we listen. We’ll find you the perfect aircraft to fit your vision.

We are well networked around the globe – access the world’s best aircraft available for charter with Worldwide.

Please note that we do not sell individual charter seats. We provide charter aircraft for groups of 100 or more passengers. 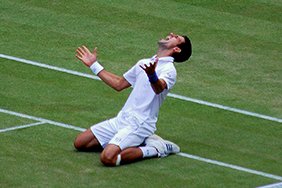 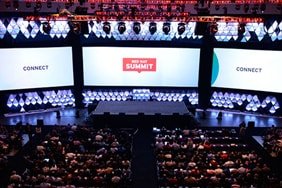 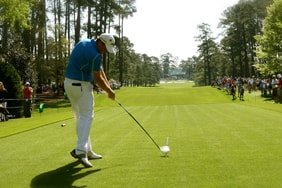